Josh White Jr. at our School 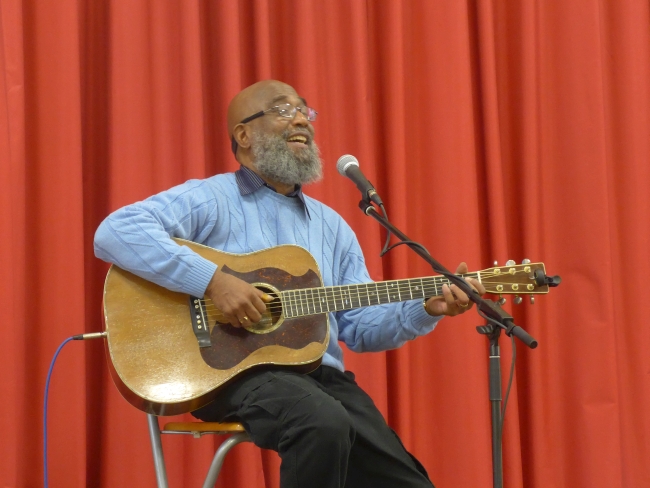 Josh White Jr. is an incredibly inspiring man telling of the past but nevertheless living in the present. Two weeks ago my Q1-form had the opportunity to meet him. During these one and a half hours he spoke about his past presenting various folk songs reflecting his life and the situation of his fellow African Americans. Those songs dealt with topics such as racism and bullying. He and his father, also a musician, experienced this both but they did not give in but decided to speak up and to communicate their values.

Not only Josh White but also his father had a tragic childhoods. His stories were thrilling. His songs were mostly about topics nobody really talks about like bullying and racism. He and his father went. through situations we could not even imagine. Even though his songs which mostly showed the bitter reality he transmitted optimism and hope of change. 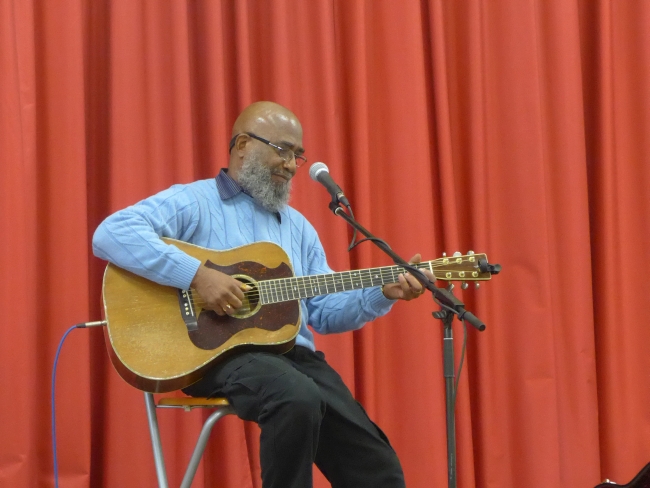 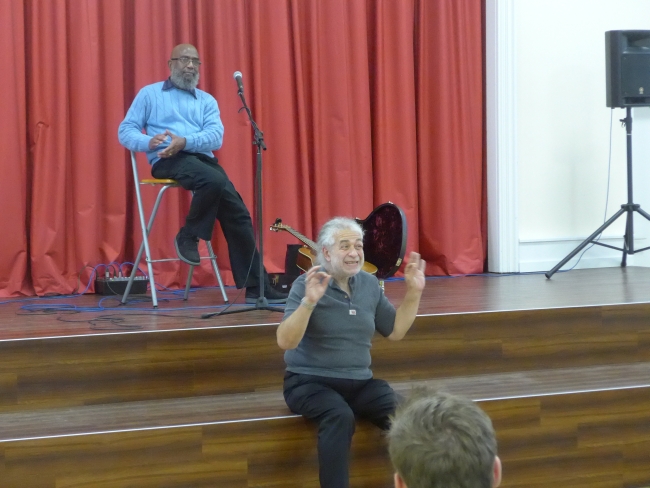 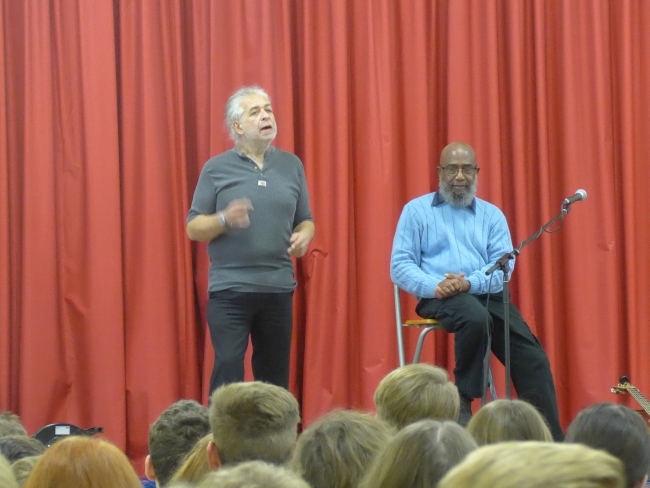 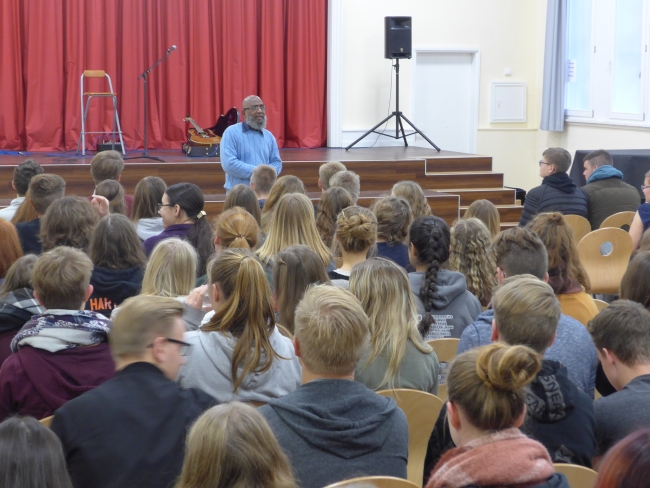